Who is Ivas John? A throwback and an innovator. A musician with local roots and worldly chops. A purist who can play the dirtiest blues. Ivas John is a musician’s musician. He has an effortlessly authentic style that is both a breath of fresh air and a link to days of yore, imbued with the same timelessness as the shores of the Mississippi River he now calls home.

Ivas John’s story is as unique as his music. Born as a first-generation Lithuanian American into a music-loving Chicago home, his earliest influences came from European folk dancing, melodies hammered out on the family piano, and from his working-class father who was a truck driver by day, and a regular fixture on the vibrant folk and blues scene in late 60’s Chicago. Long before picking up the guitar, taking to the country, and becoming the public figure Ivas John, his musical future was being shaped by the sounds of the living room record player, by a deep appreciation for history, language, and tradition instilled by hard-working immigrant parents.

In the early years of his career, John was known exclusively for playing the electric blues with finesse and maturity beyond his years. While away at Southern Illinois University, he began backing blues luminaries three times his age and formed a long-standing relationship with renowned blues singer Big Larry, a consummate entertainer of the famous Alligator records Mellow Fellows band. Also in this lesser-known blues oasis of Carbondale, IL were the likes of Snooky Pryor, Big Twist, A.C. Reed, Sharon Clark, and other iconic blues stars of the classic Chicago sound. These years of precious experience gave Ivas a real taste of the working musician’s life…in all its glory and hardship. With a solid foundation of traditional blues to step off from, his insatiable quest for music took him through the halls of early jazz, swing, ragtime, country blues, and slide guitar. As his understanding of music blossomed, so did the desire to put together his own experienced band, which over the last decade and a half has grown into one of the region’s busiest and most beloved roots music acts.

The early years of the Ivas John Band were productive ones. Thousands of shows and four albums of original music helped build his name and connect the dots to new markets. Around the Midwestern festival and club circuit, his star kept rising. Noteworthy appearances included the Big Muddy, Hot August, Chicago, Rollin On The River, Whitaker, Riverside, Arts in Harmony, and Cross Rivers blues festivals, as well as regular shows at top venues in the nearby city of St. Louis at The Sheldon Theater, BBs Jazz Blues & Soups, Delmar Hall, Off-Broadway, The Focal Point, and more. The musical evolution continued as well. With the shifting of his musical mind came the urge to collaborate and record with other excellent regional players and also indulge creative curiosities in the banjo, lap steel, and harmonica. During this time Ivas moved to historic Cape Girardeau, Missouri where the roll of the Mississippi towed him under the influence of past masters in folk and country music. Ivas studied the world of Woody Guthrie, Jimmie Rodgers, Doc Watson, The Delmore Brothers, and Balladeers like Tom Paxton and Gordon Lightfoot. Pure acoustic sounds and storytelling in song became a passion and soon half of Ivas’ performances were unplugged.

Ivas’ most recent project, Good Days A Comin, put him on the map in the world of acoustic music. Since the release, which Billboard magazine called “Slam Dunk!”, the album went to the top of the pile for critics and roots music DJs. It was nominated for Blues Blast Magazine’s Acoustic Album of the Year, was used on an HGTV show, and climbed to number one on the folk radio charts. The momentum opened the door for Ivas to do more outside touring in the U.S., Hawaiian Islands, Canada, and overseas in the UK.
Perhaps one of the most remarkable things about Ivas is his potential to keep adding new dimensions to his career and musical identity while wholeheartedly maintaining what’s already there. Whether in a homegrown pickin’ circle, or fronting his band under the big stage lights, his appetite for variety, dazzling guitar work, warm baritone voice, and ability to play many styles with convincing authenticity have earned him much praise and acceptance from blues, folk, and bluegrass communities, casual bar patrons, and scrutinizing critics alike. While continuing to draw inspiration from a deep well of the most time-tested music, his own original style of playing and singing, humility, and warm stage persona are always at the center of what’s becoming Ivas John’s universal appeal.

“Ivas John is a young man with the heart of a venerable troubadour. The music is chock full of authenticity and a joy to behold.”
(No Depression)

“A ton of personality..and tons of musical talent… Ivas John performs nothing short of a slam dunk on Good Days a Comin’!”
(Chuck Dauphin/Billboard)

“The musicianship is wonderful. His voice and guitar work are bold, distinct, and refreshing. I recommend you not pass it up!”
(Flatpicking Guitar Magazine) 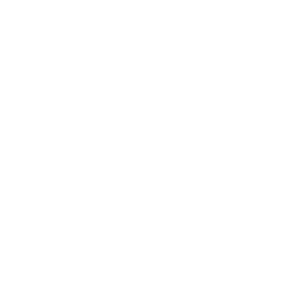